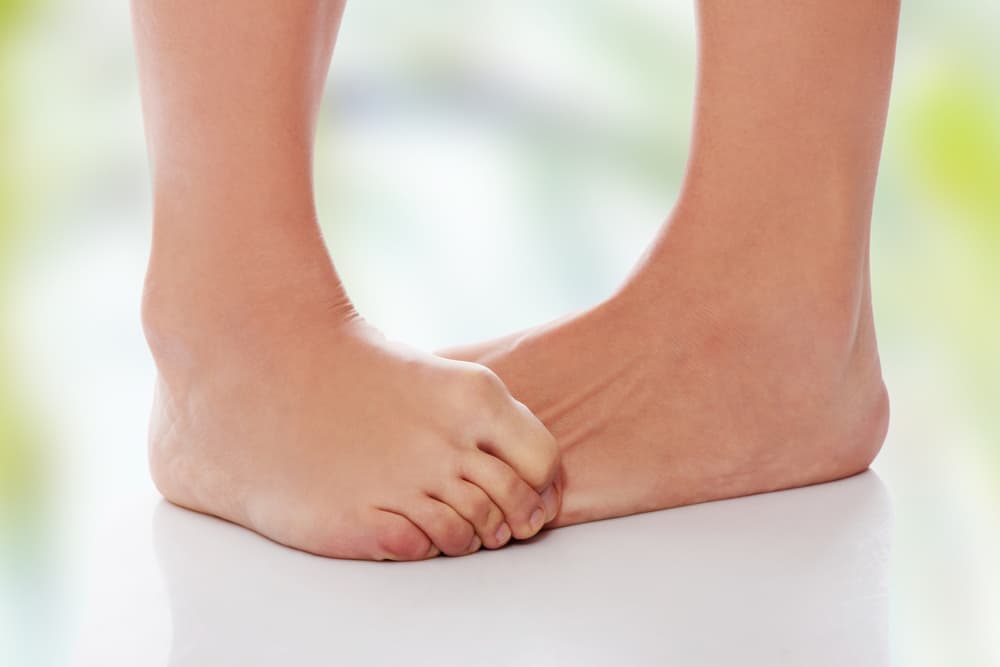 While it may upsetting to see your child walking with feet pointed inwards, in-toeing (or pigeon toed as it’s commonly referred to) is common in young children and is less of a concern than many might think. A child’s gait and problems with in-toeing are often corrected on their own as the child gets older, normally between 6-8 years.

In fact many paediatricians even consider it to be a normal part of a child’s development. Here at Entire Podiatry, our Brisbane podiatrists offer support and advice for a full spectrum of feet and gait conditions experienced by adults and children alike. We share some of this advice about in-toeing in children in our latest post.

How is in-toeing caused?

Many in-toe cases are caused from a slight rotation or twist in the upper or lower bones of the leg. Depending on which bones are twisted will depend on how significant the condition is, and whether the problem is likely to be experienced in later life. The three common causes of in-toeing include:

Tibial Torsion The shinbone (tibia) is the twisted bone which can be influenced from the way the child has laid in the womb or from family history. Typically as the child grows the bone will untwist and correct itself. Normally by primary school age the twist has gone.

Metatarsus adductus is most common form of in-toeing from birth to 2 years and is the result of an inward curve underneath the foot. This is thought to be from the position of the baby’s foot in the uterus, and can be either mild, medium or severe. Stretching exercises and bracing can help mild and medium cases, while more severe cases may benefit from corrective casting,

Femoral anteversion This is caused by inward rotation of the hips causing the kneecaps to also point inwardly. This condition usually corrects itself more slowly than other forms of in-toeing,Â  however in some cases however femoral anteversion this doesn’t fully correct itself and the condition continues into adulthood.

What is the recommended treatment for in-toeing?

Depending on the nature of the condition and following individual assessment, treatment for in-toeing can include age-appropriate exercises, orthotics and supportive footwear. Bracing can also be effective in some circumstances, such as in the treatment of metatarsus adductus

Does in-toeing cause pain?

The impacts of in-toeing are usually minimal and in some cases there may be no symptoms of pain or impact on ability to participate in activity. However some children with in-toeing may experience pain and may notice that they are more likely to trip over. In these cases, a combination of exercises, orthotics and supportive footwear can be beneficial to alleviate symptoms.

If you are concerned about your child’s gait we recommend seeing one of our podiatrists for professional advice since there are many influential factors that need to be taken into consideration. Call Entire Podiatry to book an appointment with one of Brisbane and the Gold Coast’s most trusted podiatry clinics. (1800-4-ENTIRE)

make an appointment for effective podiatry treatment at one of 10 clinics across Brisbane, Toowong, Moreton Bay, Logan & the Gold Coast.
Book Online Now

enter your details to receive our specials

As the impact of Covid-19 (coronavirus) increasingly affects our community, Entire Podiatry is committed to the health and wellbeing of our patients and staff.

Our podiatry clinics are currently operating as normal, with increased preventative hygiene practices.  In these challenging times we appreciate your tolerance and understanding as we remain committed to offering you the latest, most advanced and effective podiatry treatment technologies.

Read more about the positive steps we are taking to protect your health. We look forward to welcoming you soon. Select an appointment via the Book Online Now button or call us on 1800 4 ENTIRE

Due to the current situation, service networks (Telstra, Optus, Vodafone) are experiencing very high demand which is causing some disruption to our phone service. Our team is working hard to ensure that our systems remain available, however we ask that you be aware of the current network demand and potential degradation of call quality to your local clinic. If you experience any difficulties, please book online or send a message via email your clinic directly.